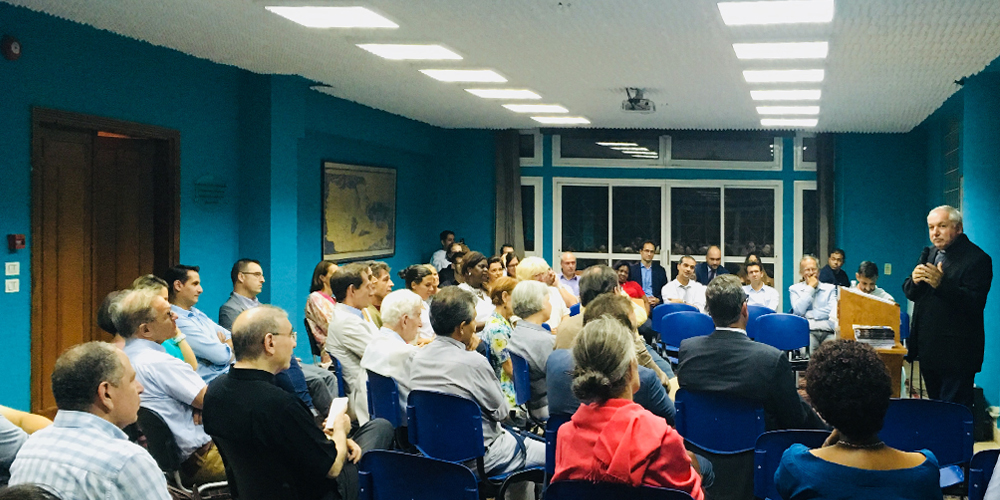 Listen to the lecture (in French):

Interreligious dialogue covers two very different realities: it is both what public authorities would like religions to do for greater social peace, as well as the attitude of believers, in the name of their faith, towards believers of other religions. Reducing dialogue to the first risks anaesthetizing the critical and prophetic role religions have towards these same public authorities and, more fundamentally, exposes religions to the risk of abandoning this role and relying solely on public authorities to organize dialogue between them.

The Christian attitudes towards believers of other religions have been profoundly shaped by their relationship with Judaism. Resisting any latent Marcionist temptation to “purify” Christianity from its Jewish roots, the Catholic Church recognizes that its own identity owes due reference to the otherness of Judaism. This is clearly stated in the Second Vatican Council’s Declaration Nostra ætate (1965).

In addition, Paul VI, in his encyclical Ecclesiam suam (1964), proposed a renewed conception of revelation as a “dialogue of salvation” (colloquium salutis) between God and humanity.   The declaration Nostra ætate therefore encourages Catholics to seek all that is true and holy in other religions, in a sincere and respectful dialogue with other believers.

Bishop Aveline ended his lecture by presenting two major theological issues for those who have accepted to involve themselves in this demanding spiritual and intellectual adventure. The first is to strengthen, with the help Eastern Christian theology, our theology of the Holy Spirit, of which John Paul II said, in his encyclical Redemptoris missio (1990), acted not only in the hearts of individuals but also in societies, cultures, and religions. The second issue is that of understanding the Church’s mission as collaboration in the work of the Holy Spirit, who pursues this “dialogue of salvation,” which is revelation. The Church must therefore understand itself not as an NGO or a company working toward its own growth, but rather as being at the service of the relationship between God and the world.