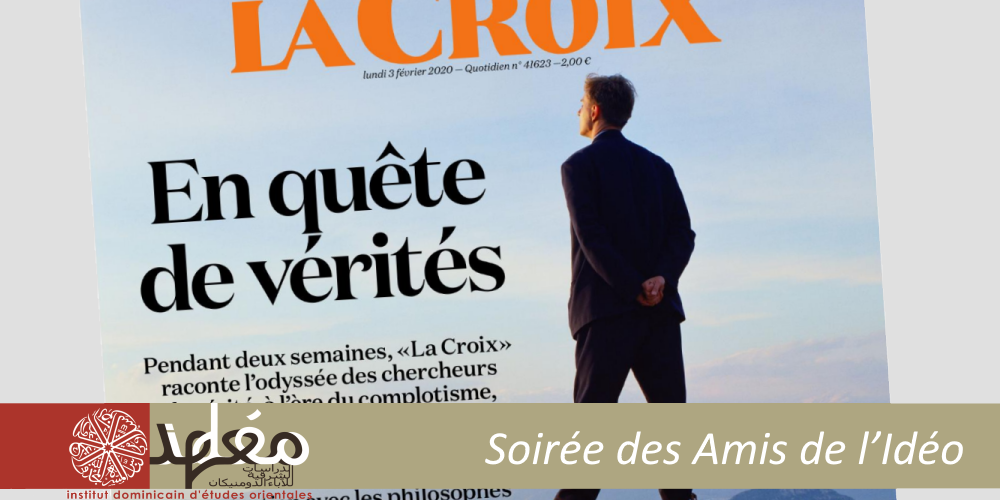 We asked Anne-Bénédicte Hoffner, who was in charge of the section on Islam for several years at the newspaper La Croix, to reflect on her experience. Knowing practically nothing about Islam when she accepted that position, she embarked on the adventure to cover both the Islamic-Christian dialogue and Islam in France. Through meetings and many field visits, she built for herself a comprehensive address book (the large Islamic associations, mosques and cultural centers, Muslims or non-Muslim thinkers and Islamic Scholars, believers and sceptics) and she developed for herself a course of action: to deal separately with Islam and Islamic-Christian dialogue, to take seriously the religious motivations behind the violence sometimes committed in the name of Islam, to talk about the Eastern Christians of the East without pinning what they experiment in the East on the situation in France, not to give a voice to those who use verbal abuse on social networks.

The constructive and nonviolent management of religious pluralism is certainly an issue as important as the global warming today. Catholics have a role to play in this field because they know what it means to believe and they can understand what is a faithful rationality confronted to the questions posed by the contemporary world.