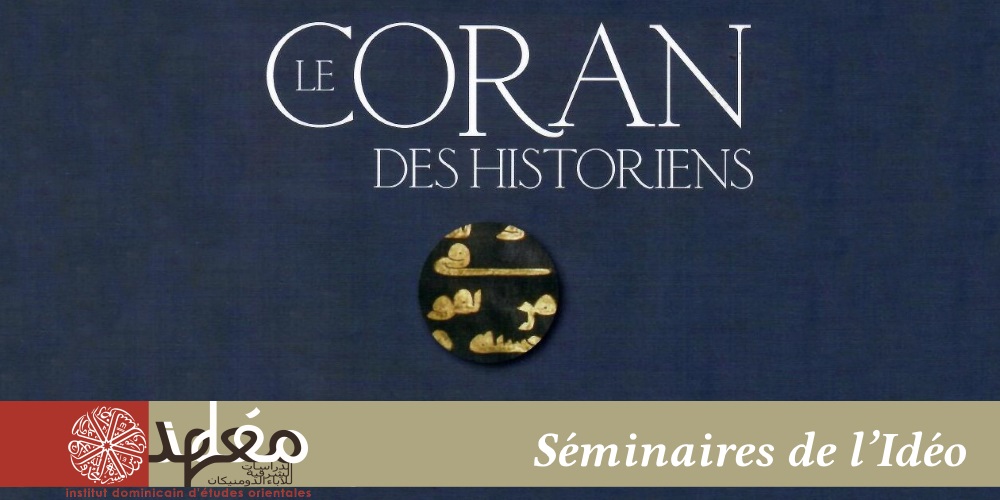 While the classical Muslim exegetical tradition considers the Qurʾān as a starting point, and focuses on clarifying its obscure points by referring to the life of the Prophet and His sayings, the contemporary tendency of many researchers in the West is to consider it as a point of arrival. In other words the Qurʾān is the product of Late Antiquity, which collects previous religious, philosophical and cultural traditions. A third tendency is to study the Qurʾān alone, outside of its Late Antique context and outside of the Islamic tradition.

This Coran des historiens chooses the second approach, that of the context of Late Antiquity, excluding the studies of researchers such as Jacqueline Chabbi or Michel Cuypers who study the Qurʾān for its own sake, or the school of Angelika Neuwirth who does not reject the Islamic tradition as a source of interpretation of the text.

The point of view of Guillaume Dye, one of the two editors of the book, is that the Qurʾān is a complicated, composite text, neither the work of a single man, nor a closed book, but an open collection that builds up gradually in discussion with this Late Antiquity context. Contrary to the Islamic hagiography which gives the Caliph ʿUṯmān (d. 35/656) the role of editor of the text in its final consonantical version, Guillaume Dye identifies the reign of the Umayyad Caliph ʿAbd al-Mālik (d. 86/705) as the political and cultural context that most influenced the text.

The Coran des historiens consists of one volume of twenty historical studies and two volumes of a systematic analysis of the entire Qurʾānic text. It is an essential tool for researchers and readers of the Qurʾān, regardless of their approaches and beliefs.