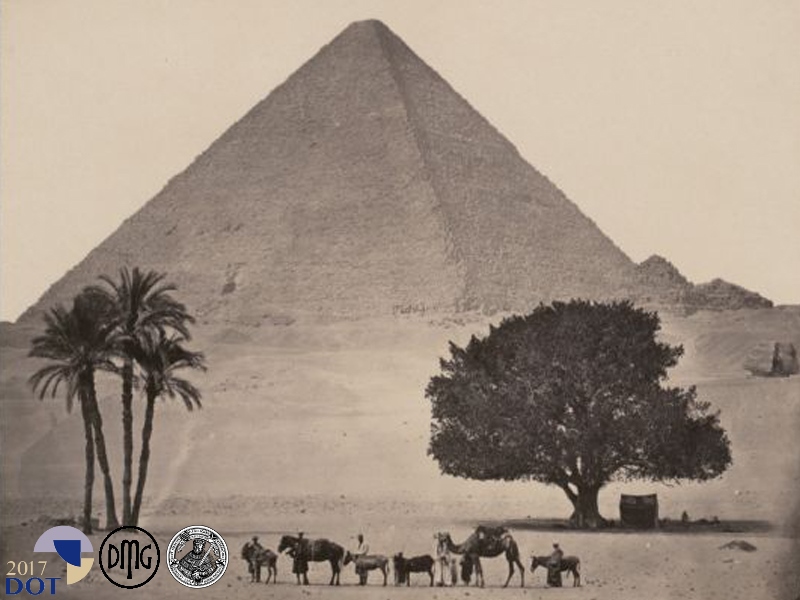 from September 18‒22nd, the 33rd German Oriental Day Conference (DOT) organized by the German Orientalist Association (DMG) was held in Jena (Germany). More than 950 lectures were presented, on topics ranging from Africa to Japan, including Semitic languages, Eastern Christians, the ancient Near East, Islamic Studies and the contemporary Arab World. We were impressed by the quantity and quality of the intellectual output, in German, in these fields. This scholarship, however, remains difficult to access for who does not read German. Many scholars knew the IDEO, and we invited them to visit us!

Libraries of the Orient

From September 10‒12th, Ms. Catherine Mayeur-Jaouen and Jean Druel, OP participated as members of the scientific committee in the conference titled “Religious Dynamics in Contemporary Egypt” organized by Séverine Gabry-Thienpont and Gaétan Du Roy. They participated in the round table of conclusions.

On September 14‒15th, Amir Jajé, OP gave a lecture on the topic of “Citizenship and the Culture of Dialogue”, at a workshop organized by the Najaf Center for Culture and Science in Iraq on the perspectives of religious education in Iraqi school curricula.

From September 18‒22nd, Dennis Halft, OP and Jean Druel, OP attended the 33rd German Oriental Day Conference in Jena (Germany). Jean Druel, OP, along with Mr. Almog Kasher, presented a paper on the evolution of the theory of diptosis by classical Arabic grammarians. Dennis Halft, OP presented a paper about a Jewish family who converted to Shi’a Islam in 18th-Century Iran.

On September 26th, Mr. Guillaume de Vaulx led a session of our internal seminars. He offered a genealogical essay of the beginnings of Islamic philosophy.

On September 30th, the first meeting of our cooperative seminar with al-Azhar for this year was held. During the meeting, held at Al-Azhar’s Faculty of Languages and Translation (for Men), we discussed the different historical definitions of the wasaṭiyya (the “Middle Way” in Islamic Theology – also known as “Asharism”), which is also the theological school of thought of al-Azhar.

Dennis Halft, OP is teaching two courses during the first semester of the 2017‒2018 academic year: “Muslim Polemics against Judaism, Christianity, and the Bible,” at the French School for Biblical and Archaeological Studies in Jerusalem, and “Shīʿī Muslim-Christian Encounters in the 10th-Century Writings of Ibn Bābawayh” at the Pontifical Institute for Arabic and Islamic Studies in Rome.

On September 29th, Amir Jajé, OP welcomed a group of 200 young men and women from more than 20 different countries who are participating in an interreligious trip to Egypt organized by the Taizé community (France). There was a perioed of prayer, after which several speakers spoke: in particular, Mr. Osama Nabil from the University of al-Azhar, and two Muslim leaders from the French association Coexister.

On September 25th, we welcomed Mr. Dirk Ansorge, Professor of Dogmatic Theology at Saint-George Institute of Philosophy and Theology in Frankfurt (Germany).

On September 27th, we welcomed Mr. Peter Weiderud, Director of the Swedish Institute of Alexandria, and Mrs. Anna Falkdalen, the Vice-Director.

In September, we had the pleasure of receiving at the Scholars’ House Mrs. Candace B. Lukasik, PhD student at Canisius College (USA), Mrs. Julie Hasle, PhD student at INaLCO (Paris), and Mr. Marius Lazăr, Professor at the University of Babeş-Bolyai in Romania.