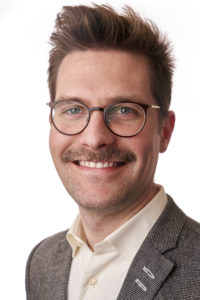 Dennis Halft was born in Bonn in 1981, Germany, and lives between Berlin and Trier.

He is an Islamic scholar and a Christian theologian. He obtained his PhD in Islamic studies at the Freie Universität in Berlin. In 2019, he was appointed Professor of Abrahamic Religions in the Department of Catholic Theology at the University of Trier.

He is a member of the Dominican Institute for Oriental Studies in Cairo (IDEO), as well as director of the publication of the periodical Mélanges de l’Idéo (MIDEO).

His research focuses on interreligious interactions. He has several publications on medieval and premodern Muslim polemic works against Judaism and Christianity as well as contemporary interreligious dialogue.