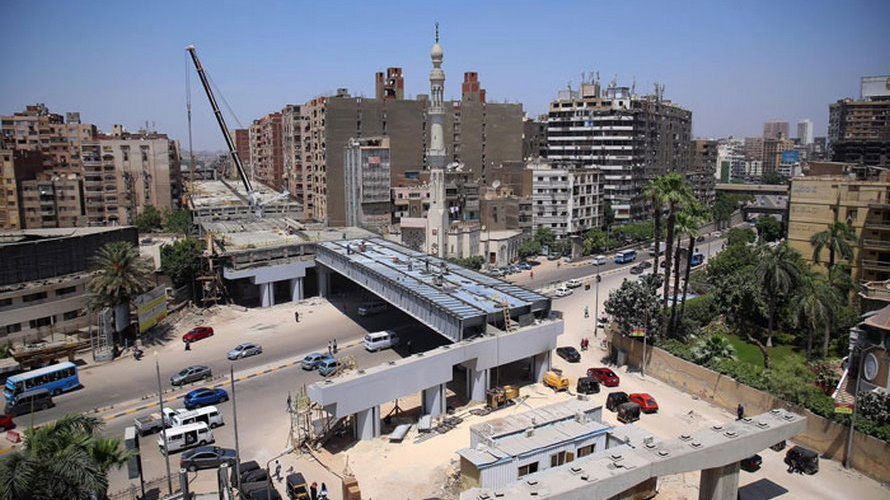 For several months, in Cairo, bridges have sprouted up like mushrooms. They are sometimes so close to the houses that on days of traffic jams, coffee could be served to the drivers from the balconies. At the IDEO, the idea of bridges is somehow our philosophy because we also want to build bridges between reason and religion, Islam and Christianity, knowledge and narrative, hominescence and humanism. Faced with the rantings of ideological walls, fortified castles, skyscrapers with vertical pretensions which are reminiscent of Babel, we bring our stone, modest though it may be, to build bridges in the horizontal level of universal brotherhood. Through study and research, we explore the wounds that need to be healed, we reconcile dispersed men and women, we translate to dispel misunderstandings and, from heritage resources, we bring out the seeds of unity. Our scholars do not make much noise, but by building these bridges, we can finally hope to reach the another on the other side. This is the mystery of Christmas, the mystery of Christ, who makes himself a bridge between heaven and earth, a bridge between men and women, his brothers and sisters.

On November 6ᵗʰ, Dominique Avon gave a lecture entitled “Birth and death according to a Human Way. A history of religion and freedom”, as part of the French Forum Philo Le Monde-Le Mans.

On November 15ᵗʰ, Emmanuel Pisani, OP gave a lecture entitled “Catholic Islamic studies. Itinerary of a century”, as part of a series of lectures organized by the Friends of the IDEO in Paris.

On November 18ᵗʰ, Adrien Candiard, OP gave a lecture entitled “Ibn Taymiyya, a figure of authority for today?”, during the conference “The religious authority in Islam: authority and regulation”, organized by the Center for Studies of Cultures and Religions at the Catholic University of Lyon in France.

On November 18ᵗʰ, Emmanuel Pisani, OP gave a lecture entitled “al-Ġazālī, figure of magisterial authority in Islam?” during the conference “The religious authority in Islam: authority and regulation”, organized by the Center for Studies of Cultures and Religions at the Catholic University of Lyon in France.

On November 18ᵗʰ, Dominique Avon gave a lecture entitled “Sunnī authorities in the Arab World at the turn of the 20ᵗʰ and 21ˢᵗ centuries” during the conference “The religious authority in Islam: authority and regulation”, organized by the Center for Studies of Cultures and Religions at the Catholic University of Lyon in France.

On November 18ᵗʰ, Guillaume de Vaulx gave a lecture entitled “The epistle on Animals by the Brethren in Purity (Iḫwān al-ṣafā). The animal as the touchstone of anthropology, man as the principle of zoology, and when the religiosity of the first face the religion of the second”, in the seminar “Between East, West and Islam. Art, archeology and images”, organized by the French Higher Study School in Human Sciences (EHESS).

On November 19ᵗʰ, Adrien Candiard, OP gave a lecture entitled “The Salaf, theological and mythical figure, in the Darʾ taʿāruḍ al-ʿaql wa-l-naql of Ibn Taymiyya (d. 728/1328)”, during the conference “Theological disputes between ašʿarites and ḥanbalites”, organized in Paris by the National Institute for Oriental Languages and Civilizations (INALCO).

On November 19ᵗʰ, Emmanuel Pisani, OP gave a lecture entitled “The classical commentaries on so-called pluralist Qurʾānic verses”, during the conference “Theology of pluralism in Islam”, organized by the Institute of Science and Theology of Religions at the Catholic University in Paris.

On November 22ⁿᵈ, Dominique Avon gave a lecture at the Pierre Renouvin Institute of the Paris I Pantheon-Sorbonne University entitled “Freedom of conscience: international consensus and dissensus”.

On November 23ʳᵈ, Jean Druel, OP delivered the introductory talk at a conference organized on November 23ʳᵈ and 24ᵗʰ in Alexandria by the École des chartes and the Senghor University entitled “Islamic Manuscripts: materiality, uses, compared traditions in Africa and the Middle East”. Watch the video on YouTube (in French…)

On November 18ᵗʰ, Adrien Candiard, OP participated in a round table entitled “Religions and the crisis”, organized by the University of Louvain-la-Neuve in Belgium as part of the “Night of the Religions”.

On November 22ⁿᵈ, Dennis Halft, OP participated in a round table entitled “Shiite theology in dialogue with Christian theology”, organized by the Evangelical Church in Germany at the Missionsakademie of the University of Hamburg.

On November 25ᵗʰ, Jean Druel, OP gave an online course on the history of Qurʾānic recitation (taǧwīd) as part of a preparation course for the selection of the Arabic language teachers (agrégation). Click here to listen to the course… (in French)

On November 15ᵗʰ, Jean-Jacques Pérennès, OP was awarded the title of Doctor Honoris Causa from the Faculty of Theology at the University of Fribourg in Switzerland.

Pieter Coppens received the “Honorable Mention 2021” award from the Syrian Studies Association for his article published in MIDEO 36 (2021): “A Silent uṣūl Revolution? Al-Qāsimī, Iǧtihād, and the Fundamentals of tafsīr”, p. 21‒61.

On November 11ᵗʰ, we welcomed a group of pilgrims who visited Egypt as part of a trip organized by the French weekly La Vie.

On November 28ᵗʰ, we welcomed a group of donors from the French NGO Œuvre d’Orient who visited the projects funded by the association.

In November we had the pleasure to receive in the Scholars’ House Ms. Tal Tamari, research director at the French National Center for Scientific Research (CNRS) in Bamako, specialist in West African religious anthropology.